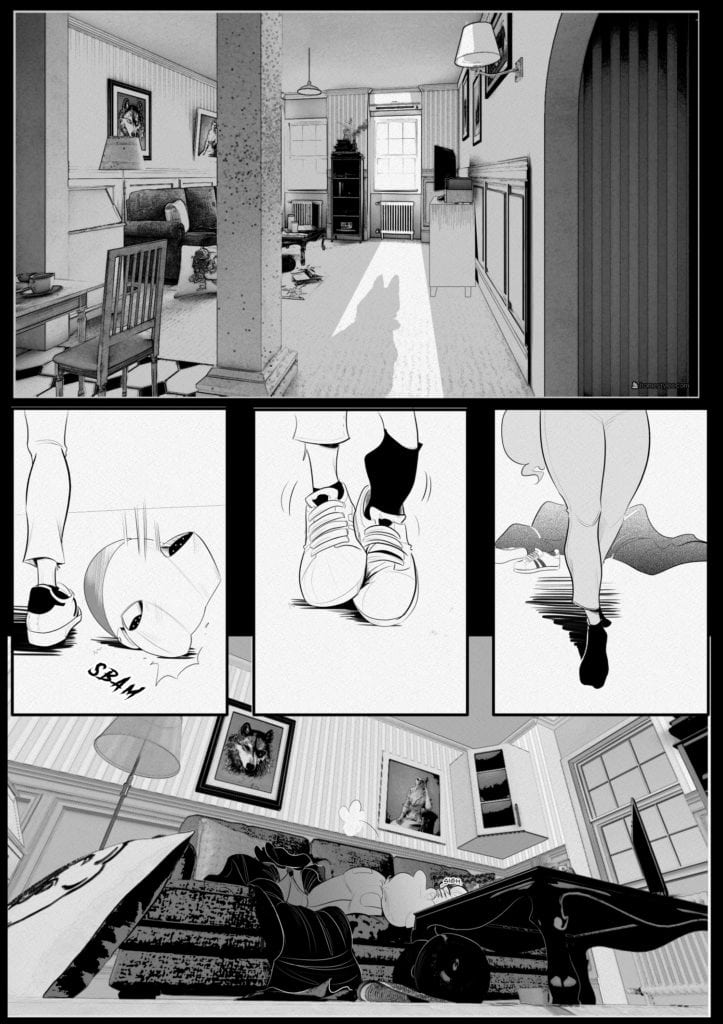 it’s the first time we show Cynthia’s apartment! It’s located in a nicer district than Jack’s one even though the two neighborhoods are not particularly far from each other. We are planning to provide a paper version of Cymberlight sooner or later and among the various extras the map of Portanova could be included, so that you can have a clearer idea of the city and the places where our characters live 😊.

You can properly watch the new gallery by selecting ☾YMBERLIGHT > COMIC from the menu, or simply go here: GALLERY

Smaller than I expected

Feedback is appreciated, however, the story was planned to have a slow start and we can do pretty much nothing about that. Plot will eventually be developed, but it’ll take time.
Always bear in mind that this is a free comic; we make it because we like it, so if people think it’s not worth the reading, be it so. You can always come back in a year and see what’s changed. Nodoby forces anyone to keep reading a comic which doesn’t seem to engage the audience. 😆

Alright then, how much chapters can be expected if this is only a start?

Btw! Did Cyntia go to Jack’s place “TO HAVE SOME POTATO CHIPS AND TO START A SCANDAL” (Reference to “They Live”)

In addition, ever heard of Victor Tsoi? A famous musician infamous for his depressing songs. Long story short, if you enjoy making comics with depressing atmospheres then I respect your decision. Yet some advice, depressive stuff will never be immortal (tried it myself). Stick to comedy & adventure in the future.

wpDiscuz
6
0
Do you have anything to say? Please let us know!x
()
x
| Reply
Manage Cookie Consent
To provide the best experiences, we use technologies like cookies to store and/or access device information. Consenting to these technologies will allow us to process data such as browsing behavior or unique IDs on this site. Not consenting or withdrawing consent, may adversely affect certain features and functions.
Manage options Manage services Manage vendors Read more about these purposes
View preferences
{title} {title} {title}