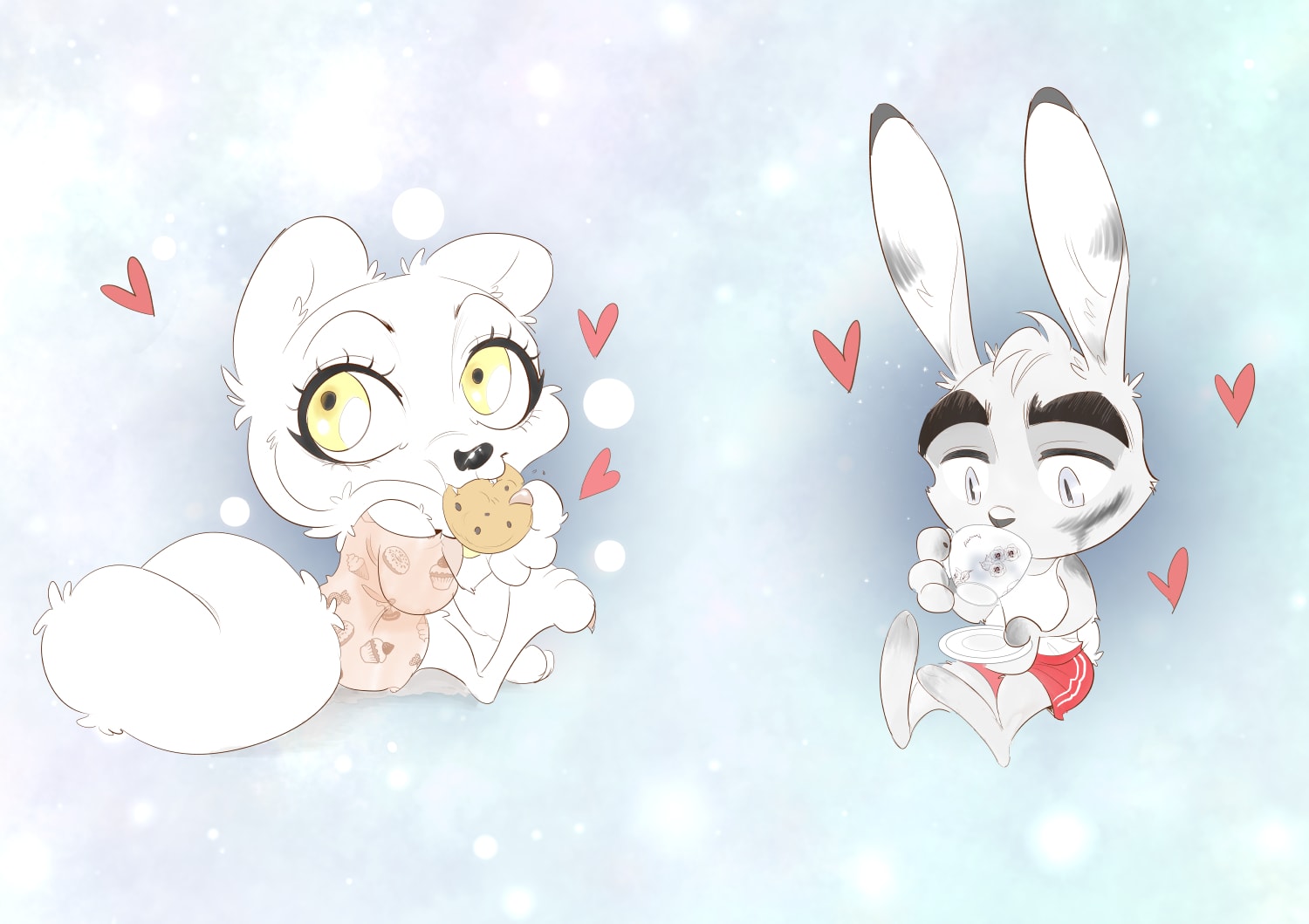 Previously known as AoiRemArt, we are two girls who just love making comics together.
We decided to change our alias to have a fresh start again, and Four O’Clocks Art is a neat name with many meanings close to our hearts.

Our career as cartoonists started with fancomics. During this time, we became aware of the existence of “Jack Savage“, a secret rabbit agent, who should have been the main character of an old Disney script discarded before it could appear on the big screen. We liked the idea so much that we decided to take inspiration from it and create our own version of this figure, personally defining his appearance, psychology and background, as well as choosing an original name for him (Jack Turner) which could replace the “basic” one at the right moment. At first, we included Jack in our fancomics, along with other “pure” characters (that is, characters who weren’t directly inspired by other concepts), but then we realized that our creations had become too complex and multifaceted to be reduced to figures in comics created to merely satisfy an already existing fanbase; so, we deleted our old works and decided to focus only on original comics, that is, which didn’t contain any reference to the universe we had worked on until that point.

Unfortunately, Jack’s old name still makes us subject to the attention of some readers convinced that our character is the same as the one of the discarded script and, consequently, that all the work we do is, in its entirety, just a fanon extension of that world “Jack Savage” should have been part of; however, it is not. Except for the “Savage” surname, and for a couple of graphic elements resembling those of the base from which we took inspiration, there is absolutely nothing that unites Jack with the figure that inspired his birth: we don’t deny that Jack’s origins are linked to someone else’s idea, but we can’t allow this fact to define him as character forever; Jack is what we made of him, not “what Jack Savage should have been if he made it to the big screen”.

That’s why, even if it hasn’t been confirmed in comics yet, and even if we’re going to still call Jack “Savage” for a while in our works, every reference about Jack’s name will be officially addressed as Jack Turner on this site, for this is his actual name as our own character. The reason why he had to change surname from Turner to Savage will be made clear in the future, and his actual name will be effectively used in the next new comic we’re planning to make. Moreover, those little graphic elements in common with his source (here’s the only existing image about it) will be removed in the most logical possible way.