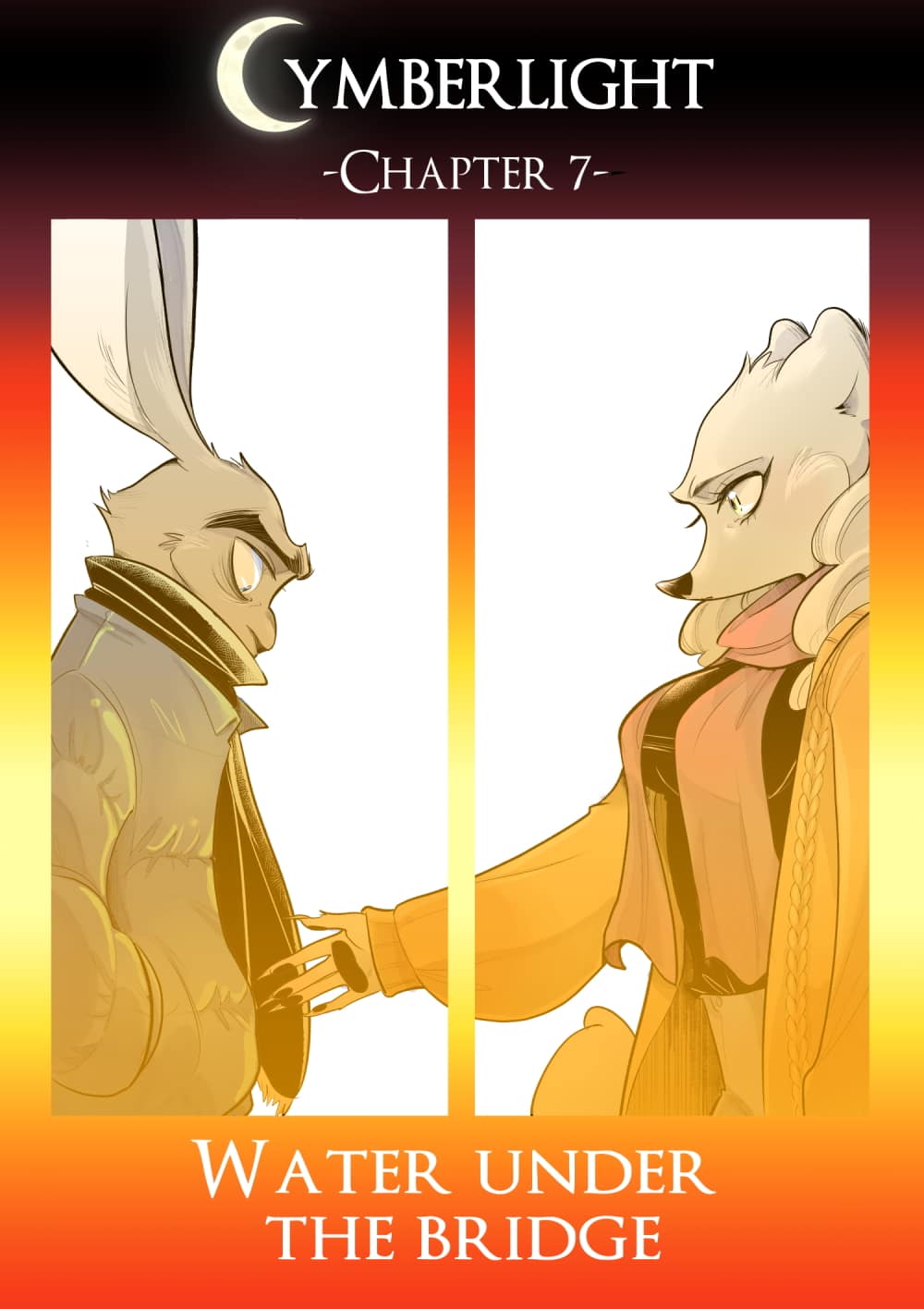 So, chapter 7 is out on Gumroad with a starting price of $2.50 (there are some extra sketches and arts in it as a bonus). We barely started the publication on the website, so if you don’t want to wait, or just want to support us, feel free to buy it. 😊

We said this in some comments on the website, on Patreon and on Twitter, but since it came out as unexpected and many people seemed to be honestly upset, we figured it was better to say this explicitely: chapter 7 is the last chapter of CYMBERLIGHT.
However, this doesn’t mean we won’t do any more comics about Jack, Cynthia or anybody else. It rather means that we’ll return to the old formula that worked best for us, that is to make separate and stand-alone comics which eventually connect with each other. It’s less exhausting, and it allows us to explore the universe our characters live in much more freely.
We will put any future comic under the cymberlight:chronicles tag/series. Where I want to stand is a perfect example of this.

Also… we’re sort of working on a new story, but it won’t be a comic. It should be a videogame. A visual novel, to be precise. But it’s not even in development, so we’re just gathering ideas for the moment. (not really related to this post, but we wanted to share it anyway)

So, to summarize… do stay tuned for our next comic, and prepare to be surprised!

Yes! I’m definitely buying this! I really love that beautiful cover!
I’m excited for y’all next comic, whatever y’all have in mind, I’ll most likely to enjoy it. Keep up the great work! 👍😁

Will future comics expand on this mission that was being referenced and never made clear in this comic?

Doubtful, this mission served to bring up some details that we have included and that maybe one day we will elaborate on. The mission itself was nothing special except for the unforeseen events that we explained and illustrated, so devoting a separate chapter to it, in my opinion, would be boring and redundant. That said, it would be nice if next time you would avoid being so specific because it is… spoilers and it’s not very nice to us as authors. Thank you!

Loved it and totally worth it! I just read it twice in a row. And I’ll probably have to read it a couple more times to really grasp the richness of its content. Hmmm… so much to say, so many details and above all, so many damn questions!!! *sigh* Despite that, I know I should be a good girl and not give spoilers for those who want to wait to read it here on the website. It has been a roller coaster of feelings that I loved down to the last detail. Over there I read a comment that others… Read more »

LILIUX – you cannot leave off like that my god-
AAAAAAAAA, as soon as I possibly can I want to purchase *every. single. thing.* they have on Gumroad but goodness how I’ve missed this place.

Apologies for my impatience. I’m just really stoked to see how things turn out between them. Still, sorry if I’m impatient

I’m excited to see Jack and Cynthia reconcile after four years. When will the next set of pages come?

Thank you both for everything! It’s a joy following along with this world and getting lost in it as well.
Till next time! ^^

wpDiscuz
10
0
Do you have anything to say? Please let us know!x
()
x
| Reply
Manage Cookie Consent
To provide the best experiences, we use technologies like cookies to store and/or access device information. Consenting to these technologies will allow us to process data such as browsing behavior or unique IDs on this site. Not consenting or withdrawing consent, may adversely affect certain features and functions.
Manage options Manage services Manage vendors Read more about these purposes
View preferences
{title} {title} {title}