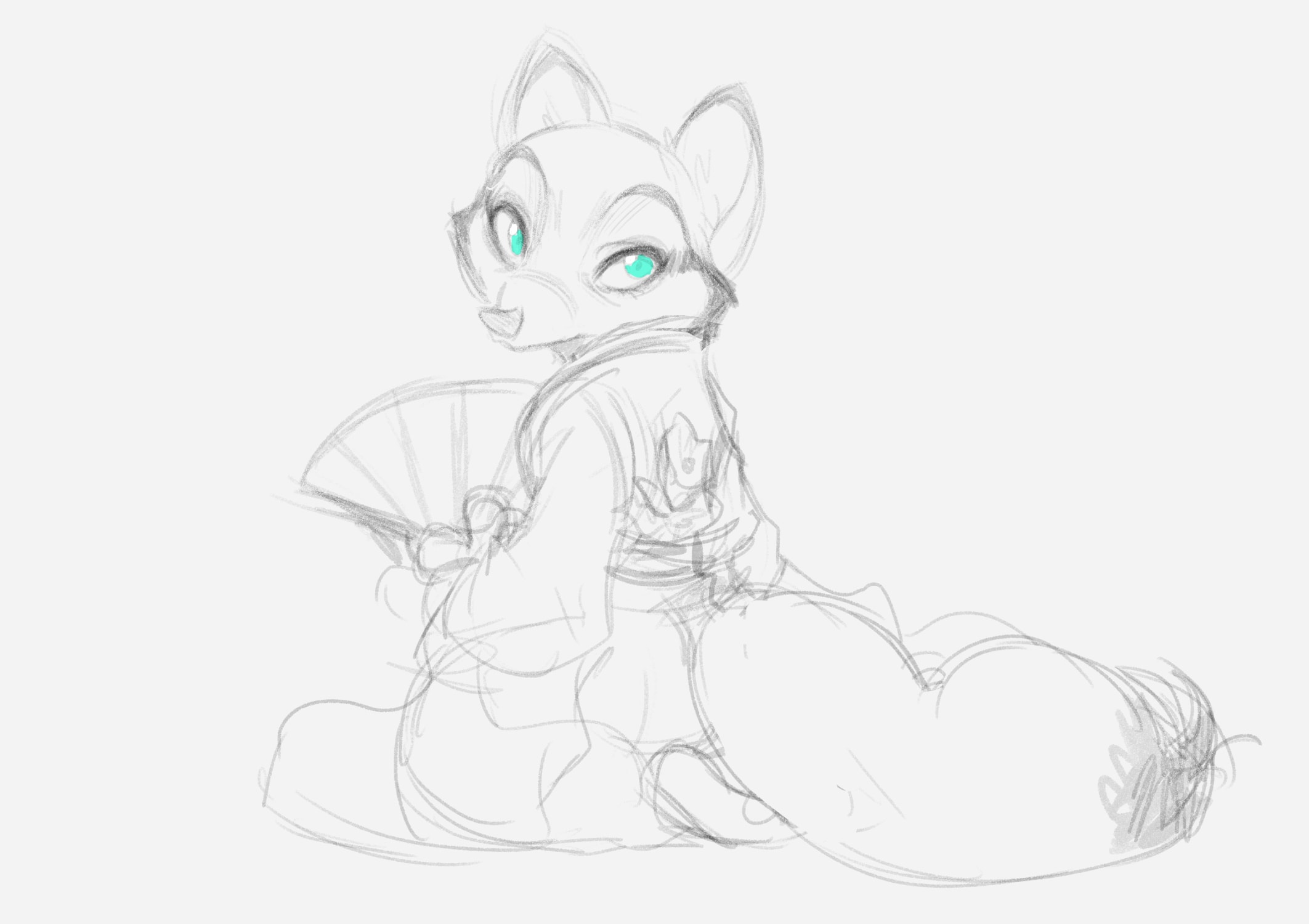 She’s a 36 years old marble fox and head of the Oshiroibana clan in Japan. She developed an authoritarian attitude to be worthy of the position she has inherited, but she actually is a very caring and motherly vixen.
Every day, Himiko goes to the clan’s own temple and prays her ancestors to give her what she lacks to be a good leader. However, this vixen is aware that true strength won’t be simply granted by some miracle; that’s why she learned how to fight with her fan, which is provided with a thin, yet lethal blade on its rim.

Because of the color of her eyes, rumor has it that Himiko could be the reincarnation of the very first female leader of the clan, who was believed to be a witch.

You can find this sketch by selecting GALLERY > SKETCHES from the menu.

Such a beautiful vixen. Maybe even more beautiful than Cynthia. (But don’t tell her I said this OwO”)

This initial depiction is quite lovely and the snippet quite intriguing. Looking forward to more detail in her appearance and story.

Head of a clan in Japan? Is this implying some type of Yakuza like association? That would make interaction with Jack and Cynthia quite interesting.

♥♥♥ She’s gorgeous and her story seems very interesting. She’s probably an amazing fighter. Hope to be able to read more about Himiko and her role in JT’s world.